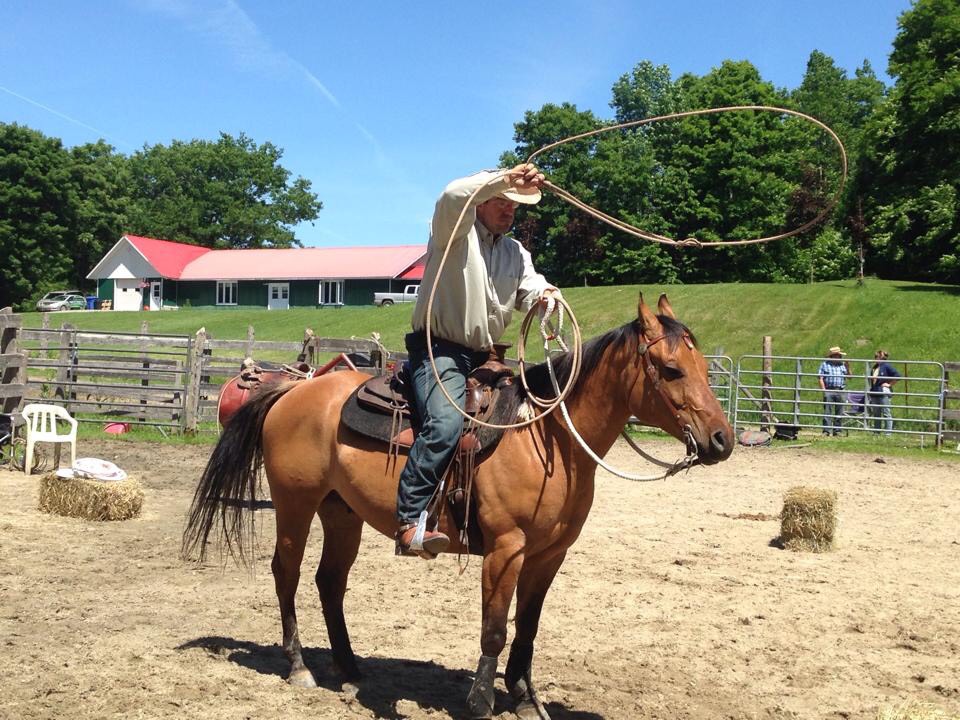 What to bring for the riders:

Please note: It is mandatory for all riders to wear an approved riding helmet while mounted. If you do not have one, one will be available for use.

Eric has been interested in horses since his childhood and has been riding for many years. With his lengthily contact with excellent “horsemen” as well as his studies, he has integrated the concepts of Natural Horsemanship in all its depth and nuances and is able to apply them to a newly developed discipline in western riding: Extreme Cowboy Racing.

He took the Trainer Certification in Reining from the former FEQ, now Cheval Quebec.

He then continued his professional journey in Saskatchewan on a 45,000 acre ranch with 200 horses and 1,000 cows. His work consisted of caring for the horses, colt starting, training the horses as well as ranch work.

He later went to B-C at a breeding farm for reining and cutting horses. Once again, ranch work, starting the colts, training and ’’tuning’’ the horses for the competitions was his main focus.

During his years out west, he acquired many competencies that were recognized by riders and trainers; this opened the door for him to give clinics in different western disciplines as well as preparing horses or horses and their riders for competitions.

Eric’s vast experience with ranch work, starting, training, reining, cutting and “tuning up” horses for competition has prepared him well for the newly developed discipline Extreme Cowboy Racing, a discipline that has become extremely popular in America and in the past few years in the province. He founded the Quebec Association of Extreme Cowboy Racing (A.C.E.Q.), got together a team of enthusiastic competitors from every region of the province to form the board of administrators and assumed the role of president in 2015-2016. That year, 26 official races were held in all the regions of the province as well as provincial championships.

The first recognized race was held at the Salon du Cheval in 2015 and Eric placed 4th and the first year of competition in 2016 Eric was reserve champion.

He now lives in Mont Laurier and earns his living starting colts, training horses and retraining horses to help make them safer as well as coaching riders. He gives Extreme Cowboy Racing and Despooking clinics in many regions of the province.

We are privileged to have a bilingual horseman as there are very few francophone speaking clinicians in the discipline. 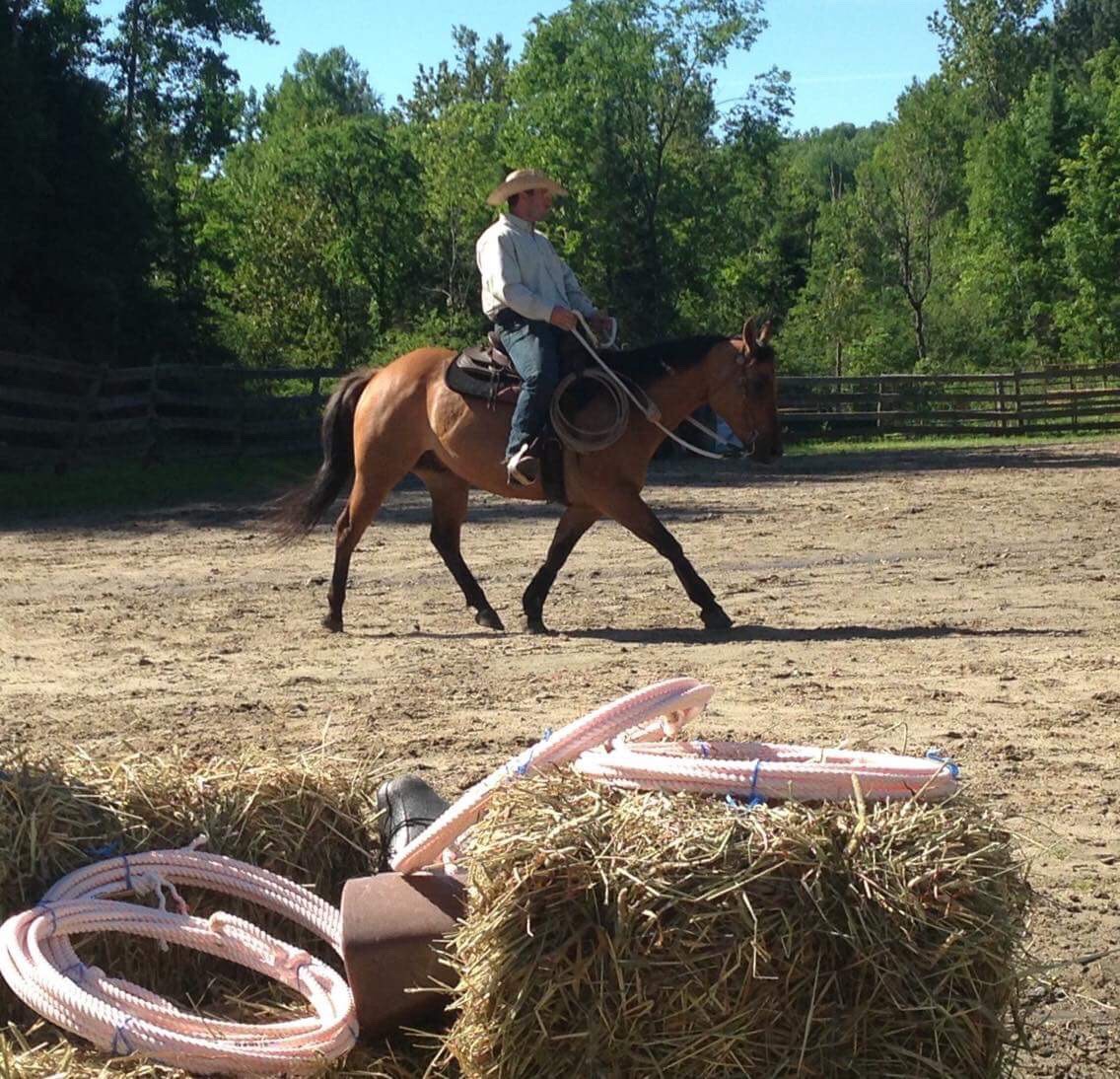